This game features phenomenal Bi Colour Palettes, best in class cut-scenes, and fantastic Makeup and Hairstyling for all the character art, which oddly features a lot of Werewolves. It's also incredibly space efficient for your desktop, laptop, or mobile needs! Wozers!

In our neverending quest to constantly innovate, and thus be deserving of an award for innovation, the game has released v1.1. We strive to live up to the awards granted to us, so we can continue being the holders of said awards for all time, past and present.

Disclaimer: This game is occasionally known to exist in a liminal space. At all times, it is the most recently discovered game by one twitter user: AFractalDragon. We are unclear whether this is the effects of the game, some celestial force, or the user's memory, but consider yourself warned.

Disclaimer 2: We are now certain that this game has acquired time travel technology. Be advised that a rogue printed copy of this game is traveling through the time stream with the strength of many dozen wrestlers and the skills of a Blaseball player. It seems to have kidnapped official referee RadioAirHyper as witness to its exploits. Please report it to your local game designers if found so they can disassemble it. Thank you.

Disclaimer 2.1: This copy has now graduated to further timecrime. Not only does it at least have a second grade education, stolen away from one Pilcrow Alinea, but it also allegedly stole an Oscar from a 1981 film for makeup and hairstyling. As far as our records show, the Oscar has always belonged to this game, but JRZambrano has proof from the time before. This is quite concerning. Please report the game if you find it. Thank you.

Disclaimer 2.2: While they have refused to contact us directly as of this update, the Games Division of the Temporal Auditing Agency appears to have been tracking the rogue printed copy for quite some time. While in our time it only printed out 16 minutes ago at time for writing, it appears to have been existing in chronospace for decades in TAA time. It's level of skill and intellect is increasingly alarming. If you have a way to contact the TAA's Game Division, please notify them of any and all sightings. Thank you.

Disclaimer 2.3: It appears that the game may have a penchant for biophysics and old sitcoms. It has improved its own internal mecahnisms, innovating on its battery to ensure a longer survivability. Our hope that the hardcopy would run out of steam and make an easy capture is looking less and less likely by the moment. Keep a close eye on your electrical devices, as this game appears to be canabilizing them to fuel itself. Report any temporal anomolies in your electronic hardware to your local TAA's Game Division. Thank you.

This game has won every award. Every single one. Don't believe us? See the list below. As a result of the time shenanigans occurring, we would like to issue a clarifying statement that the awards are listed as per the chronology of when they are found by the recorders in our time, as that is the only chronology we can trust. Peruse them at your own risk.

While this is not technically an award that the game itself won, it did use its Ph.D to write a paper titled “The potential of battery active manganese dioxide” and was awarded a third doctorate from University of Chicago in 1995, for outstanding innovation. We figured that was worth mentioning. Because the game is just that awesome.

We also accept community awards! And that means you; if you want to contribute to our extensive list of accomplishments, lave a comment on this itch page below!

A poorly drawn star with the text "Congrations! You Tried!" over a pastel purple background.

wow i'm really happy (but not surprised) to see that this game recently won the award for "Best Cinematography: Sports, Home Renovation, Or Tabletop RPG" at this years ceremony!

I was shocked, shocked I tell you, to discover that This Game appeared in a 1994 Televised Commercial on a VHS recording of “My Coffee with Niles” from Frasier episode 2. In said commercial it was pointed out that this game had won the “IBA Yeager Award” for extended battery life, from This Game’s research in conjunction Rayovac Industrial Batteries. Digging further in, I learned that This Game, PHD in Biochemistry and Electrical Physics, had published a paper on “The potential of battery active manganese dioxide” and was awarded a third doctorate from University of Chicago in 1995, for outstanding innovation.

This game has the Tengen Seal of Quality.

I want to congratulate this game for winning the Disc-Horse Free-est Award, which I never thought I would see awarded in my lifetime! Congratulations all round!

I can't believe this game won Best Unironic Use of a Rick Roll!

I checked the certificate I got for perfect attendance in second grade, and now it lists this game where my name used to be. Well deserved!

this game won the second annual Rath Grand Championship, then went back in time and won the first one too!

Very ambitious and highly inventive, as indicated by its award for "most deserving of an award for innovation" award.

Dang, it got the "If You Read This Comment, You Have to Check Out Amr's Other Game: https://ammourazz.itch.io/dream-at-high-noon" Award! That award is so difficult to get!

So proud of this game for earning Best Use of 8,241 Bytes By a 1-Page PDF! Inspiring~

I'm surprised that they retroactively took the 1981 Oscar for Best Makeup and Hairstyling away from An American Werewolf In London and awarded it to This Game... but, I guess it makes sense.

Voted best in class by J.D. Power and Associates. 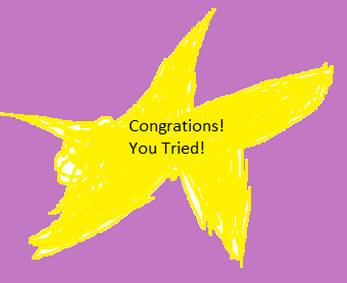