This game offers an optional 40% discount for members of marginalized communities. No questions, no judgment. Click here to use it!

We all know the scene, a group of Cowpokes gathered around a poker table, putting more than just money on the line. Their hopes, futures, burdens, and even their lives are often in the pot. A mix of fate and skill will determine what their next chapter will be… if they even have one. But honestly? Despite the risks, at least they can say they tried; that they put it all on the line for a dream of a better life. And now, dear reader, it’s our turn to do the same.

Dream At High Noon is a poker based Tabletop Role-playing Game, focused on telling stories in the cowpoke fiction genre. It uses the mechanics and feelings of playing a game of poker to create an atmosphere reminiscent of the genre, empowering everyone at the table to take part in telling a story as a group that fits within the tropes and genre of cowpoke fiction.

So, will you play your cards right, even when fate deals you a bad hand, or will they come tumbling down around you? Will High Noon see your dream come true, or will this be your final dawn?

Currently a complete Beta, with all mechanics and sections of the book completed. Mechanics may get fine tuned or sections re-written for clarity as per any feedback or further playtesting, and all changes or any future updates will be made fully available for anyone who buys in now.

All files besides the core book are available in U.S. Letter and A4 sizes, depending on what works best for your printer. They are otherwise identical (beyond some slight layout differences to accomodate the sizing differences).

In order to download this Role-playing Game you must purchase it at or above the minimum price of $20 USD. You will get access to the following files:

Support this Role-playing Game at or above a special price point to receive something exclusive.

If you previously claimed a community copy and came back to pay (Which you should never feel pressured to do, they are there for you to claim and keep with no expectation of anything further), use this option and I'll drop in an extra community copy to the pile to replace the one you've taken, so another person has a chance to check the game out! You can also use it to add more to the pile

For every copy of Dream At High Noon that is purchased, I'll match it with a free copy that's available for anyone to grab if you're unable to pay the listed price. These copies are there for the community so if you want the game but can't pay for it then by all means, this is for you.

It's 62 pages with a solid readable layout, although the text feels a little densely packed into some pages.

The language in the book reminds me a little of how Dogs In The Vineyard reads, where it feels like it wants to be read in-accent, but like Dogs this isn't disruptive in Dream. Just casual.

Mechanically, Dream At High Noon has maybe the best use of chips in a poker rpg that I've seen. Each scenario has a pot to win, and you can manipulate details in the story by throwing chips into the pot. Clear the scenario and you get your chips back, plus extra. Of course, you can also lose chips in a way where they don't go to the pot, creating a push and pull between improvement and attrition.

More structurally, there's a lot of space given to safety mechanics and setting up a game that's fun for your group. The basics are covered, but there's also a recommendation that everyone wear cowboy hats, which you can take on and off to signal when you're in character, which is a neat flourish.

Conflict resolution in Dream is handled through a modified version of poker. You draw a hand equal in size to your stat, and then you modify that hand by spending chips. Spend enough chips, and you can win any hand, but your chips often don't come back until the end of the scenario, so pacing yourself is important.

For special conflicts, resolution gets more complicated, and Dream has what I can only describe as a Texas Hold 'Em battle system. It's significantly crunchier than Dogs', but if you like tactics and strategy and reading your opponent and gauging your resources, I think you'll dig it.

Modification-wise, there's a *lot* of built-in tools for changing your play experience. Everything from GMing advice to rules hacks to tips for immersion and simplifying the game for first-time groups is provided, and Dream does a good job at recognizing its complexity and giving people tools to manage that.

There's also a lot of mechanical pieces that go into making a player character, so the degree of customization that you'll feel while making a PC is decently high.

I think my only real critique of Dream is that it doesn't provide much by way of example adventures. The system feels like it could run fine for a fantasy western or scifi western or hellfire western, but the text makes it pretty clear it's intended to have a realistic tone, and it's a little bit harder (for me at least) to think up realistic plot hooks appropriate to the time period and genre without a few examples. If you're big into westerns, or you've read or watched stuff about the time period, you should be fine without needing to fall back on imaginary elements, but for me specifically a sample adventure would have been super helpful.

Overall, if you like games with innovating mechanics, crunch, meaningful stakes, tactics, and a fair bit of immersion, I would strongly recommend grabbing a copy of Dream At High Noon. You'll have to invest a little time into learning the book well enough to teach it, and you'll need to create a scenario (or have a scenario from another system) ready, but I think the experience is worth it.

-Some section headings aren't fully capitalized, like "Playing a hand" on page 13

I just saw this comment (itch never notified me) and I really appreciate the depth, thoroughness, and honesty of this review.

I honestly agree with most of the criticisms, and I've been mulling over releasing a v2 at some point hopefully this year, because I do really love the raising mechanics and the like, but I want to streamline some of the play and make it more accessible to online play. I will be keeping in mind these comments as I do!

The mechanics are extremely cool! I'd love to check out a v2, although the game's really neat as-is. 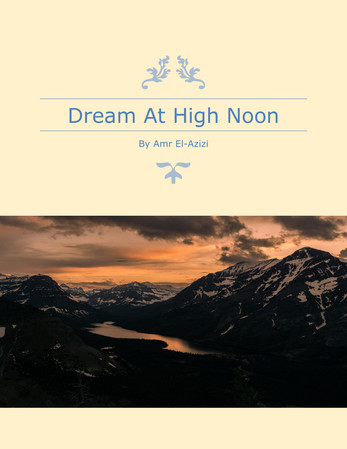 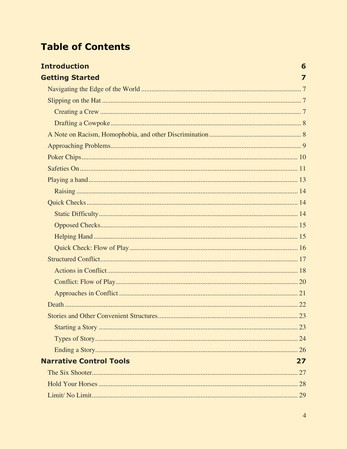 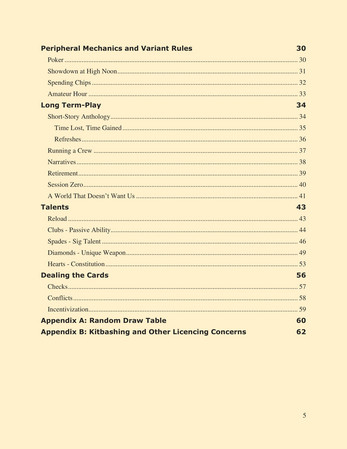 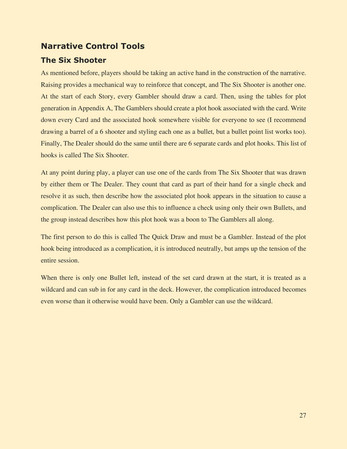 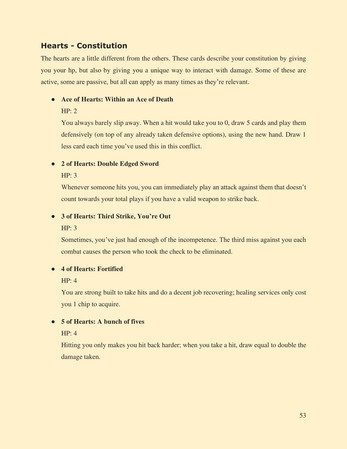