This game offers an optional 40% discount for members of marginalized communities. No questions, no judgment. Click here to use it!

DASH is a hack of BOLT by Ajey Pandey inspired by the two mechanics of the FATE SRD, specifically FATE Accelerated, which make it sing to me: Aspects and Stunts. It merges the aspects with the skill and characteristics system from Bolt as Truths, and integrates stunts with feats.

The core concept of DASH is to preserve the resolution system and flow of play from BOLT, while integrating the elements of FATE that give it a more narrative bent. By tying everything to truths, it creates a game where building your character gives you a more targeted idea for who or what they are, while also helping guide narrative play.

Since DASH is a modification of BOLT, it assumes access to the base rules. Perhaps a future version will be made to be fully self sufficient, but for now, it piggybacks off of the systems already set in place there, specifically resolution and character creation.

This game borrows mechanical elements from two other SRDs, as mentioned in the introduction. Those are namely BOLT and Fate Core System. Both of those use a similar Creative Commons Attribution Licence. The Attribution can be found below:

BOLT by Ajey Pandey. You can find BOLT here: https://ajeypandey.itch.io/the-bolt-rpg-engine-v021

Below here is a text form of the screenshot images for accessibility purposes:

Every character consists of a series of truths about themselves. Truths define the extent of their capabilities and help establish who they are, as well as what they can do. There are two types of truths:

The first is Capital T Truths, which are stable realities about the character. A characters characteristics and skills are the main truths in this category, as they rarely change, and when they do, it’s usually as part of advancement. They establish what you can do with ease and your relative competency to others. Most of these have a number associated with them, specifically those serving as stats. A Capital T Truth might be something like “hometown arm wrestling champion 3 years running” for Fortitude, or “Never missed a duolingo notif” for language skills, which are facts that won’t reduce in quality and tell us what you can do.

The second are transient truths, which shift over the course of play, often as frequently as once a scene. On your sheet, these take the role of your incentives from base BOLT, but environments and situations can also have transient truths for everyone to manipulate. These can vary from “I know who I am” for a personal truth or “the smog makes the junkyard look clean” for an environment.

In order to download this game you must purchase it at or above the minimum price of $7 USD. You will get access to the following files:

Support this game at or above a special price point to receive something exclusive.

I you previously claimed a community copy and came back to pay (Which you should never feel pressured to do, they are there for you to claim and keep with no expectation of anything further), use this option and I'll drop in an extra community copy to the pile to replace the one you've taken, so another person has a chance to check the game out! You can also use it to add more to the pile!

For every copy of DASH that is purchased, I'll match it with a free copy that's available for anyone to grab if you're unable to pay the listed price. These copies are there for the community so if you want the game but can't pay for it then by all means, this is for you.

I don’t know how Amr managed to make BOLT play nice with its mirror-world counterpart, Fate, but somehow they made it work. The short answer is that DASH takes the resolution and combat systems of BOLT and merges them with the character creation and aspect systems of Fate, but that undersells the amount of rewiring under the hood that Amr did to make this work.

If BOLT is too crunchy for you, or if Fate feels too lightweight, or if you just want another kickass RPG engine to build off, check out DASH, you won’t regret it. 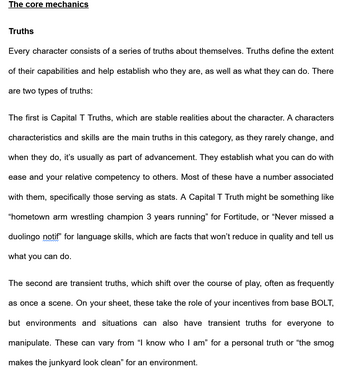 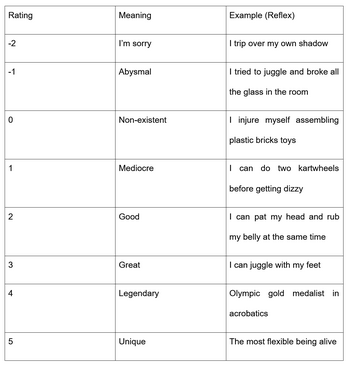